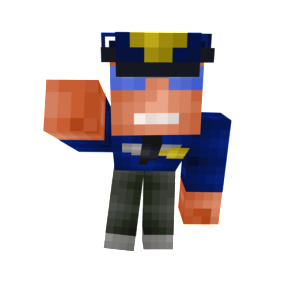 Welcome to Jackal’s Den, a vanilla server with anti-griefing.  We are an older community where kids don’t exist, or at least they don’t while we are playing Minecraft.  We try not to be overbearing with rules and hope that, for the most part, common sense prevails.  The few rules that we do have have are simple and we ask that you respect them whilst playing on our server.  They are as follows:

While it does happen, it’s very seldom that somebody joins the server and actively tries to steal, grief or force others into PvP.  The vast majority of people that end up getting banned are not being banned for breaking these rules.  But perhaps you’ve heard of someone that has been removed from the server and are curious as to why.  Without naming names, these are some of the reasons for past bans:

As you can see, these are extreme situations, and it should be pretty obvious that they are not acceptable behaviour.  However, they have happened, so they bear mentioning on this page.  Please don’t break the rules or do any of the things listed above.  Also, don’t think of some other creative way to be a nuisance.  We strive to make Jackals Den a peaceful and welcoming community for everybody to enjoy.

If you have not logged in for more than two months, you are at risk of being un-whitelisted, which would mean any claims you may have made would be deleted.  Making a donation or exceeding 200 hours of active time on the server* will permanently exempt you from un-whitelisting and will preserve your claims/builds.  Occasionally, the whitelist will be purged of inactive players who did not meet the 200-hour minimum (or donate), and their respective claims will be deleted.  Purged players’ builds are open to raiding.  However, raiding any site that is clearly identifiable as belonging to an active player (either by nearby claims or signs) will not be tolerated.

*To see how many hours of active time you have on the server, type /claimslist in the game.  The first number you see, divided by 100, is how many hours you’ve amassed.